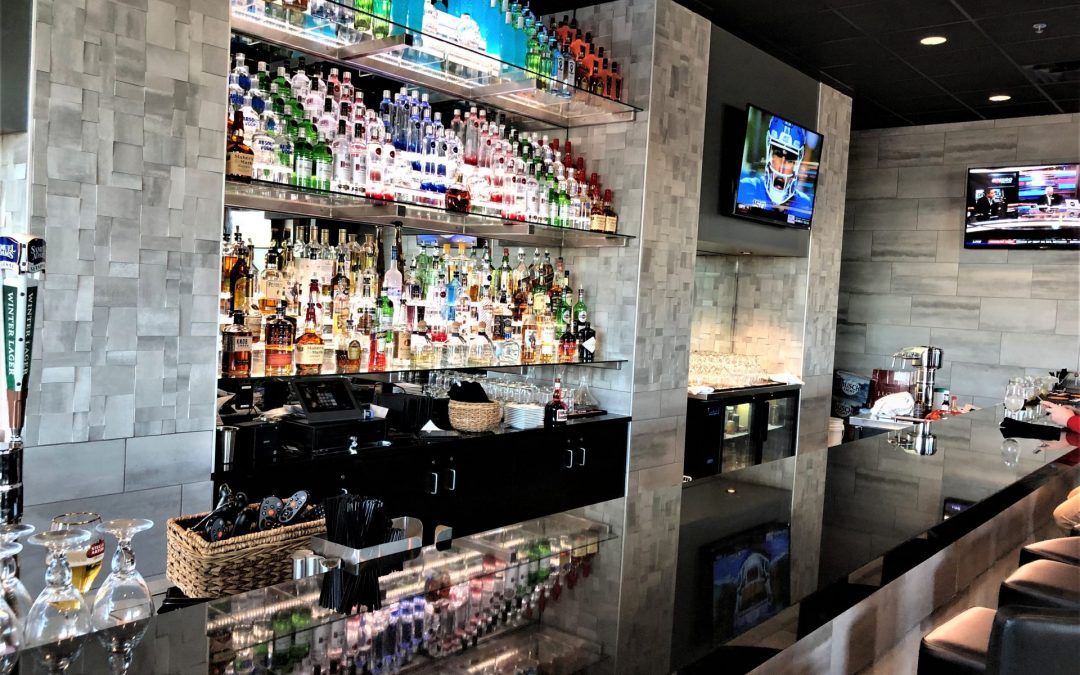 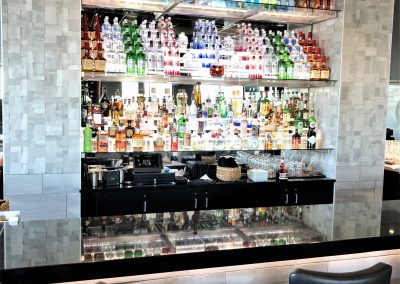 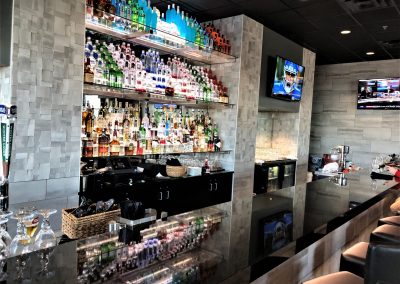 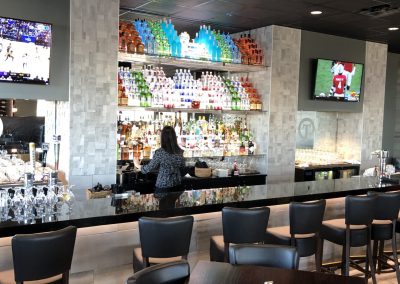 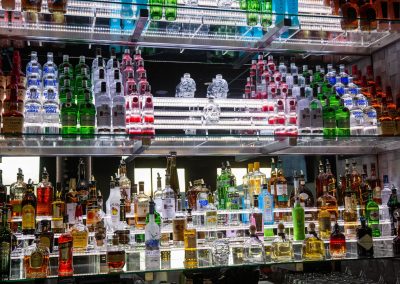 Tempered glass shelving for the back bar at Tavern 180.

Looking for a great little spot for happy hour?  Make Tavern 180 your first choice.  This quaint stop at 69th and Western in Sioux Falls, SD showcases a beautiful custom built commercial bar.  It’s a gastropub!  Did you know  the “gastropub” was coined in 1991, when David Eyre and Mike Belben took over The Eagle pub in Clerkenwell, London. Traditionally, British pubs were drinking establishments and little emphasis was placed on the serving of food. If pubs served meals they were usually basic cold dishes such as a ploughman’s lunch.

The concept of gastropubs largely redefined both pub culture and British dining, and has occasionally attracted criticism for potentially removing the character of traditional pubs. “Pub grub” expanded to include British food items such as steak and ale pie, shepherd’s pie, fish and chips, bangers and mash, Sunday roast, ploughman’s lunch, and pasties. In addition, dishes such as hamburgers, chips, lasagne and chili con carne are now often served.

Tavern 180 is a sleek and casual gastropub with a fun, lively environment.  And, by the way…you’ll find some of these gastropub-like items on their menu.

At Creative Surfaces we are excited to have been able to help with the opening of this new neighborhood bar and restaurant by providing the custom built commercial bar cabinets, countertops, and bottle shelving.  It’s what we do – help businesses get started with high quality commercial cabinets featuring fun elements like LED color changing lights to give the project a WOW factor.  Let us help you with your next project and create a little excitement for your new business.