This interior casino game sign project originally began in 2008 when Creative Surfaces worked to produce a sign for one of their newest licensed games.  Deal or No Deal “MEGA DEAL” is based on the internationally successful TV game show.  Our design staff begins the process with a number of CAD concepts that are presented to the client.   The original sign (much different, than the Deal or No Deal sign today).  It had a frame around the LCD monitor that mimics the metal briefcases used on the show.  Backlit push-through letters, fountain lights, neon and random lit blue LEDs added light and sparkle to the sign as it sits over the gaming machines.

With Las Vegas style and glitz and glamour, the completed sign was installed for its initial showing at the National Indian Gaming Association’s trade show in San Diego in 2008.

In the Deal or No Deal Join‘n Play Video Slot, the player selects one of 18 cases, and a series of five cases is opened to eliminate payment amounts inside of them. The Banker then offers credits in exchange for the player’s case, letting the player accept or reject the number.

Creative Surfaces also re-designed this sign, making it a special sized interior casino sign for a new Norwegian Cruise Line ship called Breakaway in Hamburg, Germany. All the details remained the same, however on a smaller scale. 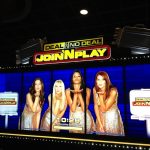 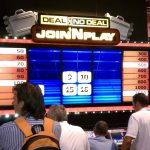 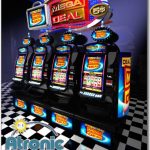 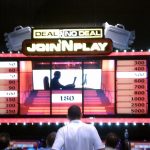 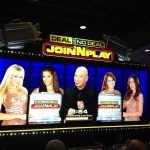 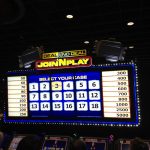 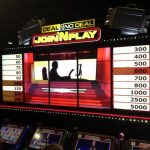